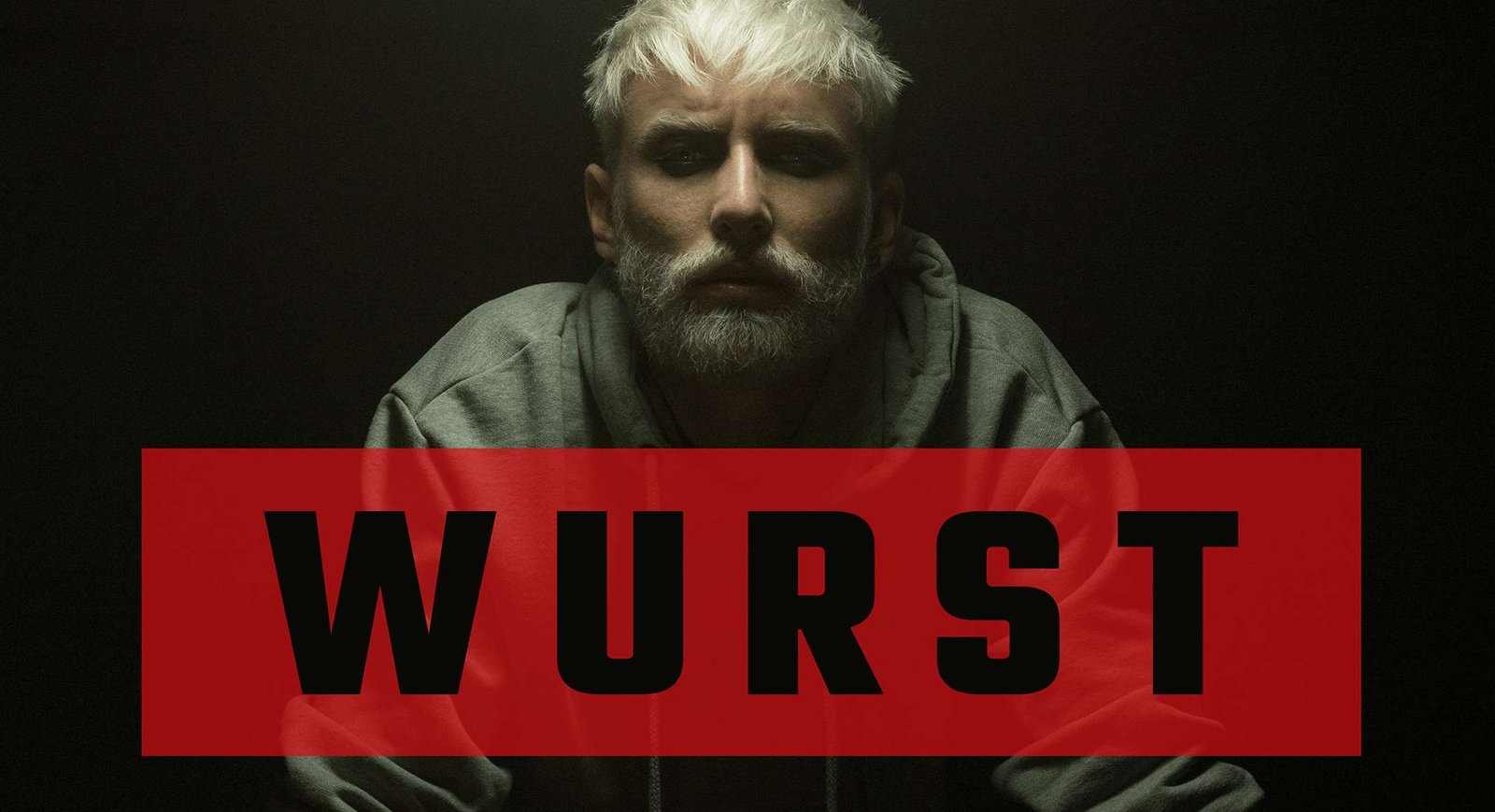 «Hit me with the bullets you make up in your head», sings Electro-newcomer WURST on his latest song that is released today and will make all heads and legs move. The official video provides unprecedented insights into the artist’s private life.

WURST sings his way directly into memory banks with his Electro-Dance earworm «Hit Me». At first glance, this dance track seems to be light-hearted and carefree, but its lyrics are an ice-cold reckoning with the past. Even though there are guns and projectiles pointing at him in these lyrics, the artist is convinced that no threat can harm him and his determination makes him invincible.

The brand-new, dynamic song is the second single off Tom Neuwirth’s third album, who will impersonate the two characters Conchita and WURST from now on. Early on in his career as the feminine Conchita, he already sang about being «unbreakable» and «unstoppable». As his new stage character WURST, who is significantly edgier and more unkempt, he talks about his convictions as unambiguously and unflinchingly as never before in «Hit Me».

In the official music video for «Hit Me», which once again does not use any special effects, we see WURST as masculine as never before: the radiant stage character and the private person are both equally captivating. Dance performances like in «Trash All The Glam» already hinted at the artist’s body control, and last summer we already got a first taste of his platinum-blond look.

Following «Trash All The Glam», «Hit Me» is the second release of Tom Neuwirth’s latest project WURST. After his debut album «Conchita», which was released in 2015, and his second album «From Vienna With Love» with the Vienna Symphonic Orchestra, which was released in October last year and also reached gold status, the singles of his third album project WURST now just keep on coming. The electronic soundscapes, which were produced by Albin Janoska and written by Eva Klampfer («Lylit»), are far more personal for Tom Neuwirth than the songs of his previous repertoire.

Conchita Wurst‘s «Hit Me» has been added to MySoCalledGayLife.co.uk (our owner) official Spotify Playlist – follow it so you are not missing out on great tunes like this one.