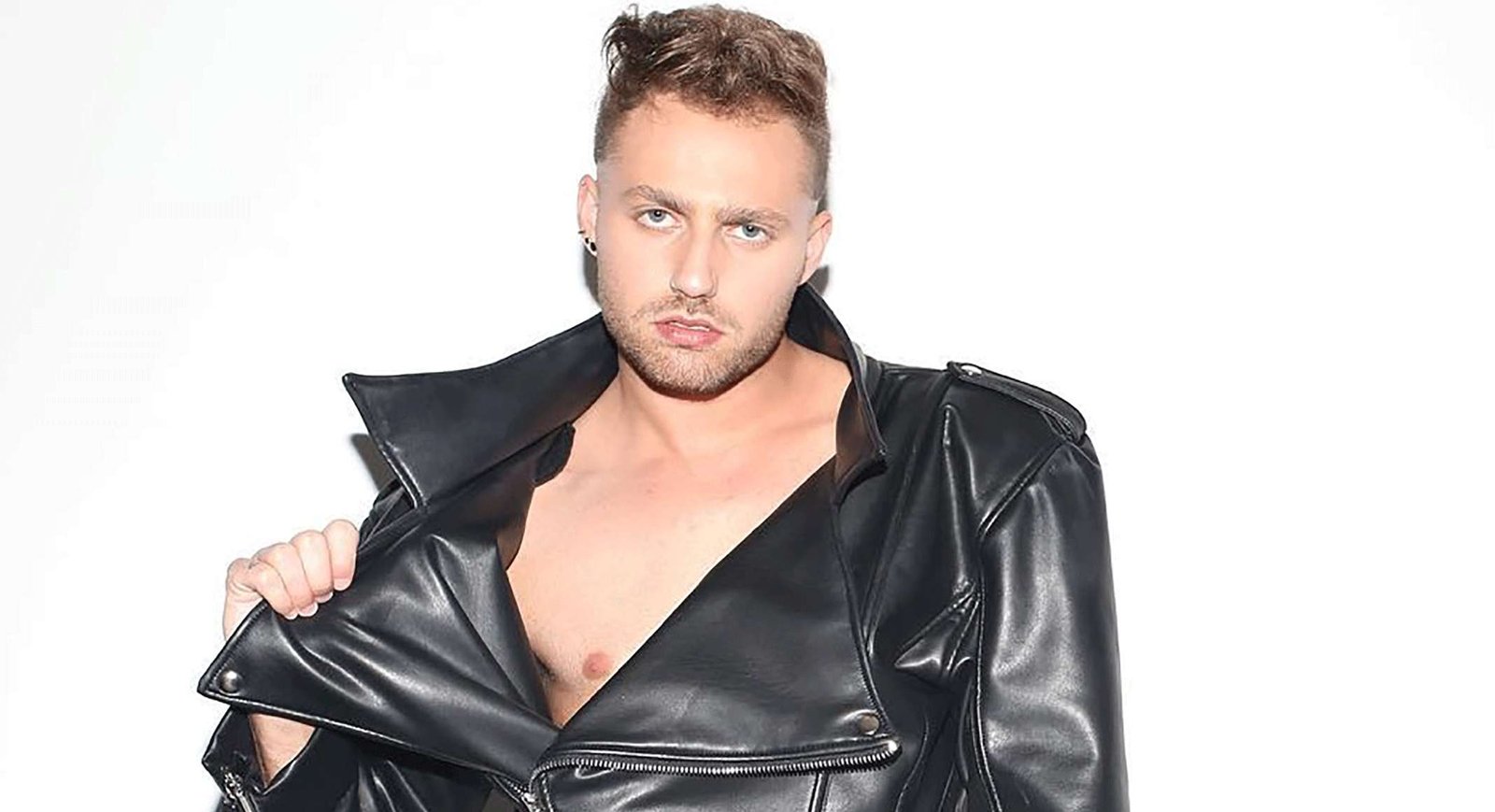 Glee veteran Rilan is back to attack Hollywood with «Love Or Drugs», his hot new single about the rusty underbelly of Tinseltown.

Recorded in Los Angeles, «Love Or Drugs» is an industrial pop record — hard and edgy yet danceable and melodic. It is meant to poke fun at the contradictions of LaLaLand.

«Everyone in Los Angeles parades around like they’re famous and filthy rich when in reality, they’re broke, broken and looking for whatever is gonna get them through the night», Rilan explains. «They’re trying to fill the void with what they think will make them feel better in the moment, whether it’s a person or a poison». Rilan’s «Love Or Drugs» will be available for purchase on iTunes, Amazon, and all other major retailers, as well as for streaming through Pandora and Spotify from March 22.

«Everyone I’ve dated in LA has been a user», continues twenty-four-year old Rilan, best known for his role as a Dalton Academy Warbler on Glee. «A user of people, money, substances or all three. They are who ‘Love or Drugs’ is about».

Born and raised in New Orleans, Louisiana, Rilan grew up in a large, close-knit, traditional, southern, catholic family. The type where he and all of his cousins went to the same small school from pre-k through senior year. The cousins would go on to attend the same local college, get married, have kids, and settle into their American dreams.

Rilan, however, was unusual. He was a theatrical kid, a «triple threat» in that he sang, acted (Rilan regularly performed in musical productions in his town’s community playhouse) and danced (Rilan is classically trained in ballet!). He was drawn to 70s glam rock and 80s synth pop artists like David Bowie, Prince, and Boy George and when he grew older and more angsty, he discovered darker industrial bands like Soft Cell, Nine Inch Nails, and Marilyn Manson. He recalls countless hours, alone in his room, crafting compositions that merged his favoured genres into larger-than-life productions.

After high school, Rilan tried going the traditional route, even attending college in Nashville for three months where he studied songwriting, but he quickly realised he was more suited for doing rather than learning. So, with the support of his parents, he packed up his things and moved out west to a city he imagined would be a place where outcast artists like him found solace and freedom to be their true selves. What he discovered was different. In Los Angeles, people aren’t who they were born to be, they’re who they think other people want them to be. He was devastated at first but has since come around.

«Honestly, moving to LA was the best decision of my life», Rilan reflects today. «I have come to realise that what makes me ‘me’ is not fitting in. I’m an outsider and I’m proud of it. I make music for unpopular people like me. Theatrical, high-energy, always a spectacle, and always true to who I am».

He admits that every day is a challenge. Not everyone likes what he does, and he has to sort out who to listen to and who to tune out. Luckily, Rilan’s assembled a star-studded team behind him including Lady Gaga’s choreographer Richy Jackson and manager Randy Jackson (American Idol).

He released his first single, «Chemical», in July 2014. The video for the song premiered on Popcrush and has been viewed on Youtube more than 2.2 million times. He released his debut EP Chemicals in 2015, followed by singles «Blindfolds (feat. Naz Tokio)» in 2016 and «Money Talk» in 2017. The music video for «Money Talk» released in 2018 and has been viewed on Youtube nearly 300,000 times.

«Love or Drugs» was co-written with Krysta Youngs. It was produced by Davy Nathan with additional electronic production by Cory Enemy and Lexoskeleton.

Collier Landry and Nick Alexander direct the accompanying music video, shot on a downtown rooftop on a day Rilan describes as «the coldest LA has ever seen». Temps were in the low 40s, but the cast and crew plowed through, even with the numerous pool scenes.

«The ‘Love or Drugs’ video is an exaggeration of parties in LA», Rilan explains. «It’s ridiculous and over the top because that’s exactly what Hollywood is today. I don’t like to go out, I don’t do drugs, I’ve never been cool or normal, and I never will be. This song and video are for all of the weird kids who showed up to the party and left early because it really wasn’t so cool after all».

Rilan’s «Love Or Drugs» will be added to the LGBTQ Music Chart this Sunday, when the vote for week 16 starts  (vote for week 15 here)

Rilan‘s «Love Or Drugs» has been added to MySoCalledGayLife.co.uk (our owner) official Spotify Playlist – follow it so you are not missing out on great tunes like this one.