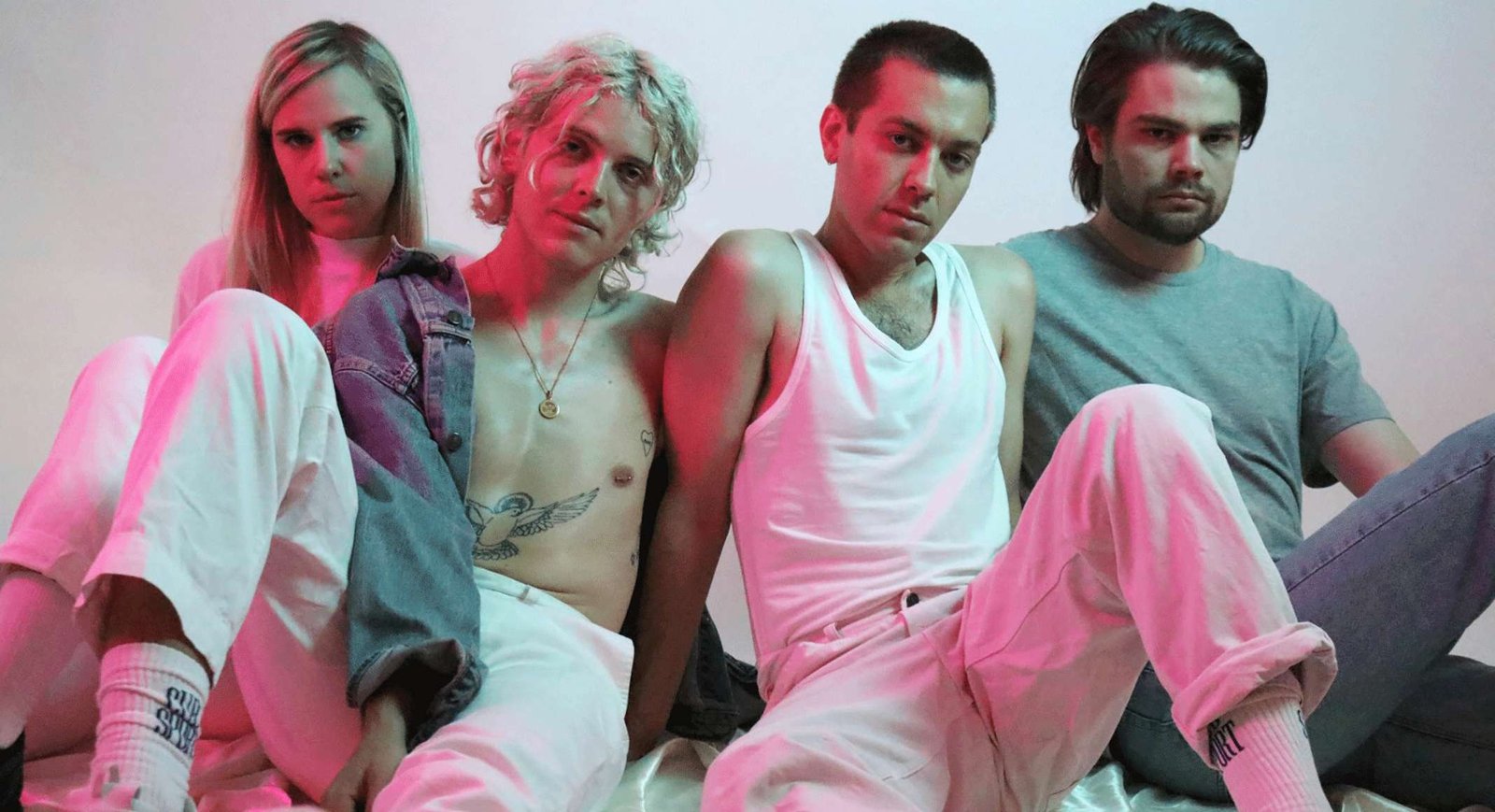 With over 60 million streams on Spotify, 1.2 million monthly listeners, and following the release of their most successful album yet, Brisbane’s Cub Sport are back with their brilliant new single, «Limousine».

Taken from the recent album «Cub Sport», «Limousine» marks a massive jump, stylistically from their early sound, with seductive deep house vibes and a manipulated vocal, it’s bold, addictive and banging. «It’s about the feeling of being completely exposed while Iʼm still figuring myself out», says frontman Tim Nelson. «Itʼs also an ode to deepening developments in love, sex and spirituality. The end section gives me the feeling of some sort of other-worldly re-birthing or shedding of a former self».

It’s this other-worldly vibe that the band have led with in the accompanying video, out now.

Tim: «We knew right from the first demo that we wanted to create a visual representation of the inner and outer escapism that the song was born from. We made the vision a reality with queer dream team Kurt Johnson and Tim Hardy. The whole vid was shot on super 8 so it feels really dreamy and classic».

The band recently announced new UK tour dates for this October including their biggest ever UK show – London’s iconic Scala on October 17th. Before The Scala the band will also be playing shows in Dublin, Glasgow and Manchester, all of which form part of their current world tour, which has included 44 dates around the world with even more to be announced.  Sold out shows in 2019 include London (O’Meara), Bristol, Manchester, LA, Chicago, Auckland, Brisbane, Sydney and Melbourne.

The band are still riding high from the success of their recent self-titled album – «Cub Sport» by Cub Sport. Released in January, it hit #1 on the Australian album chart, and stayed in the independent album chart for over 12 weeks. The album won worldwide acclaim, with critics and fans alike praising front man Tim Nelson’s honest and frank songwriting following what he calls the most transformative year of his life. Whilst previous album «BATS» chronicled Tim’s coming to terms with and embracing his identity, the new album was the product of Tim activating all the lessons learned during the process. It was the first body of work released by the band since Tim and Sam Netterfield‘s recent marriage, and delves deep into their experiences of self-discovery, learning self-love, being ‘out’, getting married, living their truths, as well as navigating and embracing the complex reality of suddenly being very open with who you are with the world.

The lead single, «Sometimes» made #30 in the Triple J Hottest 100 and press acclaim for the band includes i-D, Sunday Times, Line of Best Fit, The Fader, Billboard, The Sun, Metro, Dummy, Wonderland, Notion, Clash, tmrw magazine, Nylon, London in Stereo and many many more.

«Come On Mess Me Up», one of the band’s biggest songs from their debut album and a firm fan favourite has just been certified Gold. And the band are also fresh from performing on Triple J’s Like A Version, for which their cover of Billie Eilish’s ‘«When The Party’s Over» has been winning praise from fans, and even Billie Eilish herself, who said she’d love to hear the band perform the track live, when recently being interviewed by the station.

Cub Sport’s «Limousine» was added to the LGBTQ Music Chart last Sunday as a newcomer – you can vote on it here.