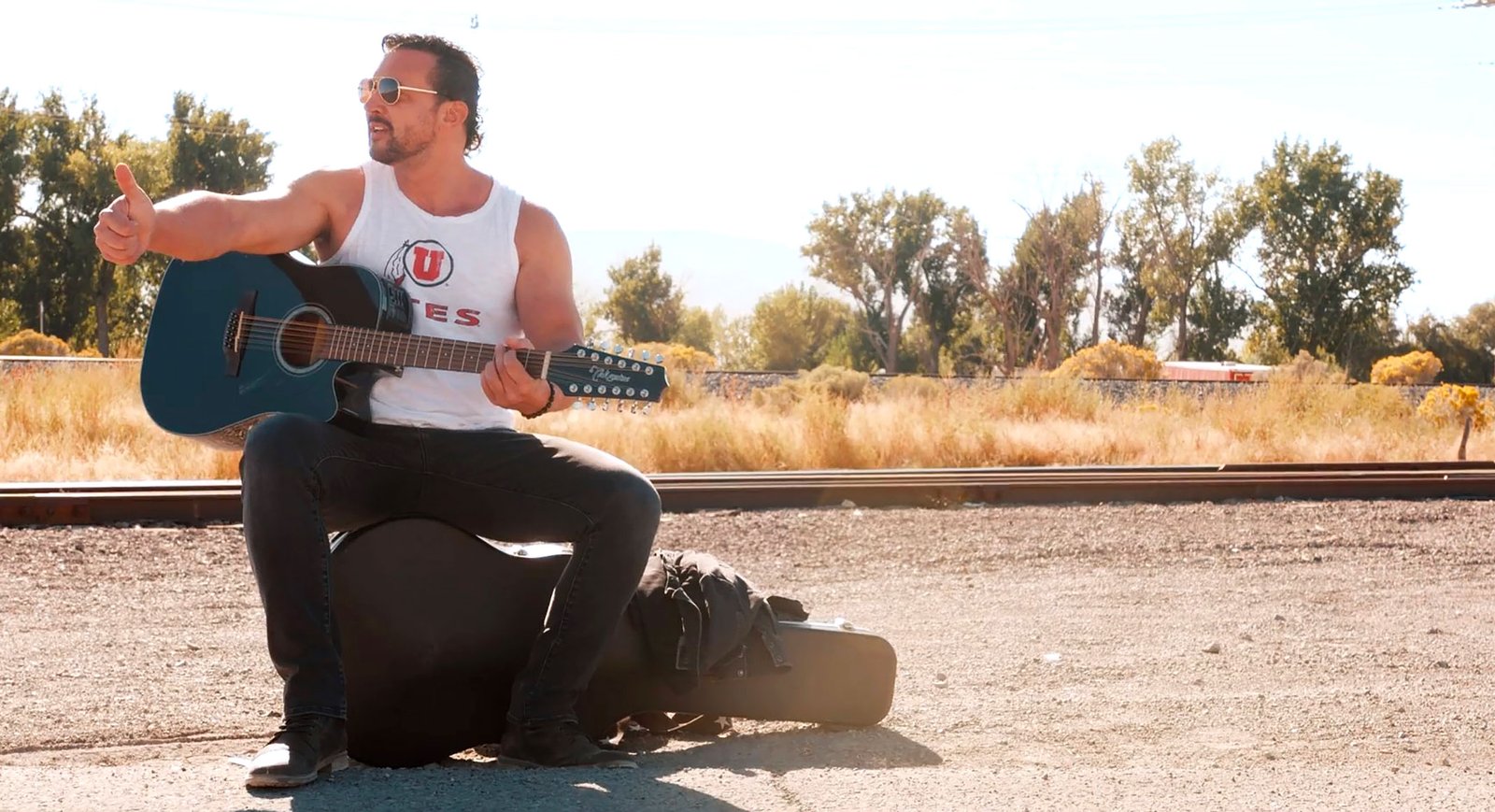 In his latest video, «Waiting For Love», OUTMusic Award winning singer/songwriter Justin Utley shares his experiences in the dating game since divorcing his husband.

«It’s been difficult getting reacquainted into the scene», he admits. «I’ve spent a lot of time trying to fit in with the new cultural expectations both inside and outside our community».

The third single release from his «Scars» album is a throwback to Utley’s previous work in the alt-country rock area, mixed in with the new anthemic rock feel of his latest material. «In the end, I think I’ve learned that instead of spending so much time trying to find love or waiting for it to happen, it’s best to stop and let love find me».

Justin Utley’s «Waiting For Love» is being distributed independently and is available on Apple Music, Spotify and all digital platforms.

Justin Utley says his marriage entered chaos about two thirds of the way into the recording of his «Scars» album. «It’s been rough trying to piece together what the particular straw was that broke it», he explains to LGBTQ Music Chart. «There were layers of problems from the beginning, some of which I didn’t come to understand until after we had gotten married, and others after it had ended».

He met his now ex in 2014 when Justin, living in New York City at the time, was visiting family in Utah. A mutual friend suggested they meet over coffee. «Isawhimandmyheartjumped», Justin remembers. «The whole time we chatted, I was trying to not make it so obvious that I was very attracted to him».

The two men had a lot in common. They had similar backgrounds, family dynamics and values. «I could tell that his passions in life ran deep, and his heart was filled with love and good intentions. There wasn’t any of the frustration I used to feel with having to explain my family background or religiously amplified culture to someone. And he respected and appreciated my family. That’s huge for me».

The pair married October 08, 2016 at a ceremony at the historic Union Pacific Train Station terminal in Salt Lake City. «We rushed things», Justin concedes today. «By the time I relocated to Utah to be with him, we hadn’t spent more than a few days every other weekend together. That’s not a lot of day-to-day time to really get to know someone. It turns out he wasn’t ready to take on a marriage and I wasn’t ready to admit that we weren’t the right match»,

He says the biggest lesson he has learned from the relationship is to slow down, enjoy each exciting step of a new romance, and get back to his roots. His roots are depicted in the colourful new video for «Waiting For Love».

The director and he chose some beautiful and scenic country landscapes to capture the feel of the song. There are railroad tracks, mountains and canyons galore. Three of Utah’s most popular drag queens also appear: The Whore of 94 (current Miss Gay Utah), KayBye and Electra Jones. They help to blend Justin’s old country persona with his new single one today.

«I’m happy flying solo», Justin attests. «If another relationship happens, it won’t be because I was searching, needing, or waiting for it. I’m focusing on a relationship I had put on the back burner for a few years: my music. It’s the one thing that has been loyal, patient, forgiving, and understanding of me my entire life».

He is also focusing on the launch of his #WeAreSurvivors ( WeAreSurvivors.net) directory, built specifically for the millions of men and women impacted by the damage brought on from conversion therapy. The page helps to connect them with important resources.

Born and raised in Utah, Justin Utley’s music career took off when he was selected to perform at the 2002 Winter Olympics in Salt Lake City. After breaking ties with his Mormon roots and moving to New York City, Justin became a sought-after talent, spending much of his career touring as a performer at Pride Festivals worldwide where he has shared the stage with top international acts including Dan Reynolds, Icona Pop, Tegan & Sara, Margaret Cho and Billy Porter.

In June 2010, Utley released «Stand for Something», a single written to inspire and motivate action towards securing LGBT marriage equality in the United States. The single was nominated by the LGBT Academy of Recording Arts for 4 OutMusic Awards, including Best Songwriter and Artist of the Year. It won Best Country/Folk Song of the Year.

Justin has served as a guest contributor on CNN’s ‘Faces of Faith’ Sunday news segment, NPR, SiriusXM’s OutQ and MSNBC. He is a two-time recipient of the FBI’s «Inspiring Citizen of the Year» award, and «Artist of the Year» by SiriusXM’s OutQ Radio. He regularly provides insight on issues of faith and the LGBTQ community at colleges and universities throughout the USA.

«Scars» is one of the most heartfelt, brutally honest, thought provoking and vulnerable collection of songs he has ever produced. It also introduces an exciting new sound for Justin Utley: it is a bold move into up-tempo, anthemic and gritty pop.

Justin Utley’s «Waiting for Love» is available on Apple Music, Spotify and all digital platforms, along with the entire album.

You can vote on Justin’s «Waiting for Love» to keep in on LGBTQ Music Chart here.