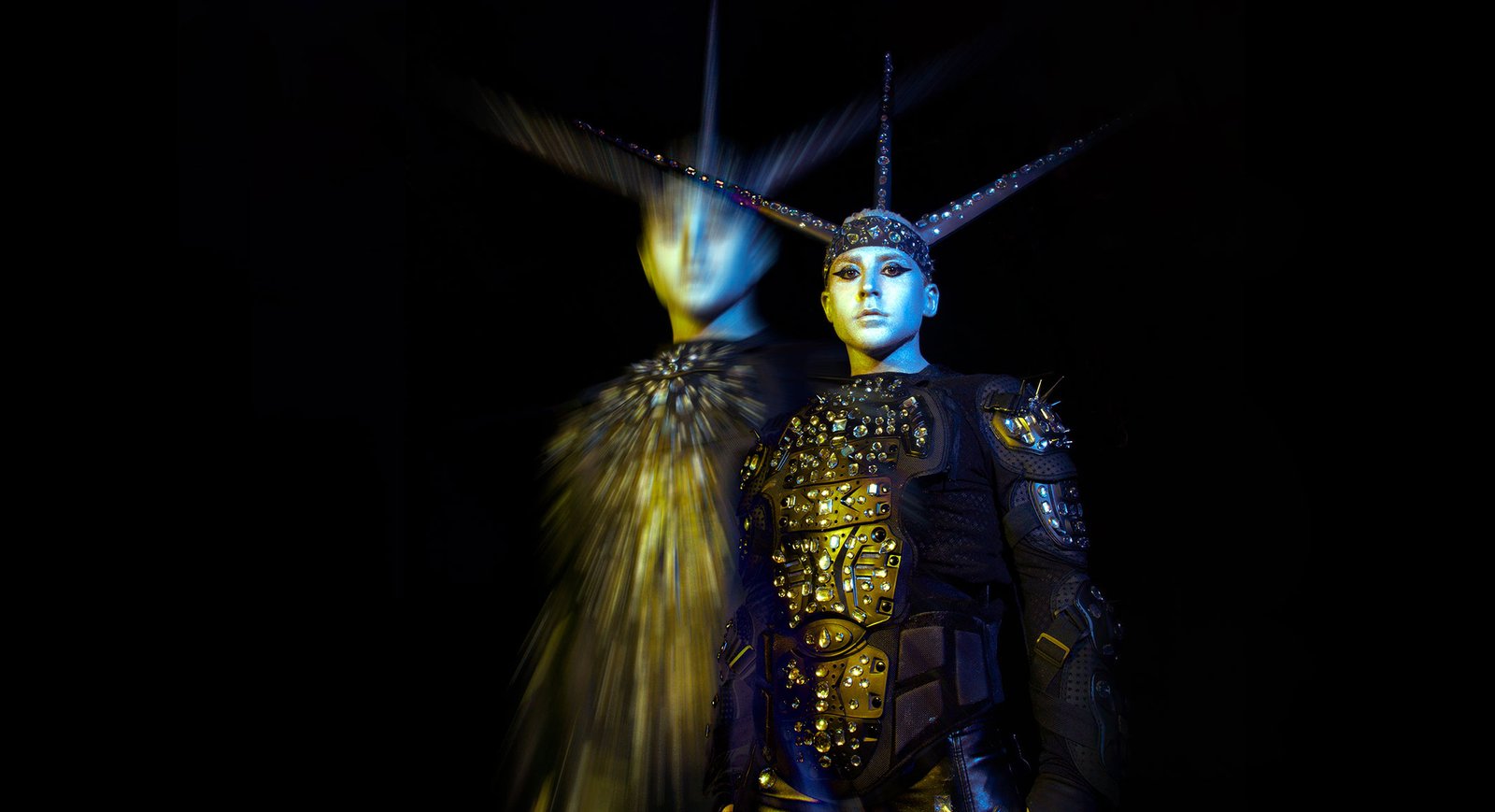 Los Angeles based electronic-pop artist Joel Christian is emerging as the LGBTQ community's next artist to watch with his fresh breed of pop identity,

«Dark Magic» sees Joel turning his darkest fears into something magical with an electronic-pop soundscape. The dark pop odyssey represents all the demons he has carried throughout the years such as anxiety, fear, heartbreak, rejection, self-hatred, loneliness, and sadness. Despite the dark and heavy content, Dark Magic is full of Christian’s quintessential energetic dance soundscapes that make listeners feel as if they are at a raving dance club. Having teased the album with the previous release of «Gemini», «Rise From The Grave», and «Hell Raiser», Christian launched himself into the dark-electro-pop scene with a dark fantasy as the emerging theme of his artistry. The emerging artist takes his visuals to the next level to showcase a horror aesthetic that makes pop music simultaneously feel fun and mysterious with an eclectic genre of electronic pop with a dark twist.

«Throughout this process, I have learned that our darkness can reign upon us, control us, steer us into all different directions, but in the end, it makes us who we are. I found magic within my art because it’s who I am and it made me even more powerful today than I ever was».

«Dark Magic» is a seven track album  that lyrically finds itself as «dark and relatable» set against an upbeat electronic soundscape. Each track represents a different element of Christian’s darkness and sonically explores his personal journey to find himself in the midst of his own trials through exceptional creative artistry . Opening the album with the title track «Dark Magic», Christian begins his journey into the darkness with an angelic state of sound and being. «Symbolically, I pictured myself lying in the middle of darkness and I heard this choir singing – it was as if they were my siren leading me to begin journey into the darkness to find the light», says Christian to LGBTQ Music Chart. «You Know What You Did» follows, depicting the darkness of self-doubt after Christian’s experience with someone leading him on with the wrong intentions. «It’s almost like a break up song, but instead I’m letting them know I know who they are and I’m over it», says Christian. His latest single «Hell Raiser» is featured as the third track – a commentary on the  release of his own demons and insecurities in order to find his own inner confidence through music. Pop anthem «Rise From The Grave» follows and personifies the message of the album as a whole. This record was written as a fight against my anxiety. For so many years, I felt buried, mistreated, and rejected in this industry. I wanted to write a pop anthem that didn’t hide those insecurities or fears. It was a stand against my anxiety and letting it know, it never buried me and I rose from it», (Joel Christian). «Rise From The Grave» is also featured as a dance-club-rave remix made by a ghost named Ice Bath as the last track of the album. Dark Magic continues its journey with «Gemini», a mysterious song about a secret love affair that (despite fan’s suspicions) is written about a myriad of relationships Christian experienced in his adult life. «Take My Picture» rounds out the album as Christian’s way of emerging from the «instant-celebrity» landscape facing most young people today and realising that his worth is not based on fame or followers, but on his inner qualities and abilities to live a happy and fulfilled life.

Overall, «Dark Magic» provides a glimpse into the mind of Joel Christian over the last few years as he has evolved and embraced himself in an authentic and empowering way. The album reminds listeners that even in the darkest of places, you can find yourself through all of it and come out stronger and better at the end. Remarking on the album, Christian states to me, «‘Dark Magic makes you want to dance, you feel the electronic sounds pulse through your body, you can hold onto the lyrics and relate – and to me that’s the magic in the purest form».

You can take a listen below.