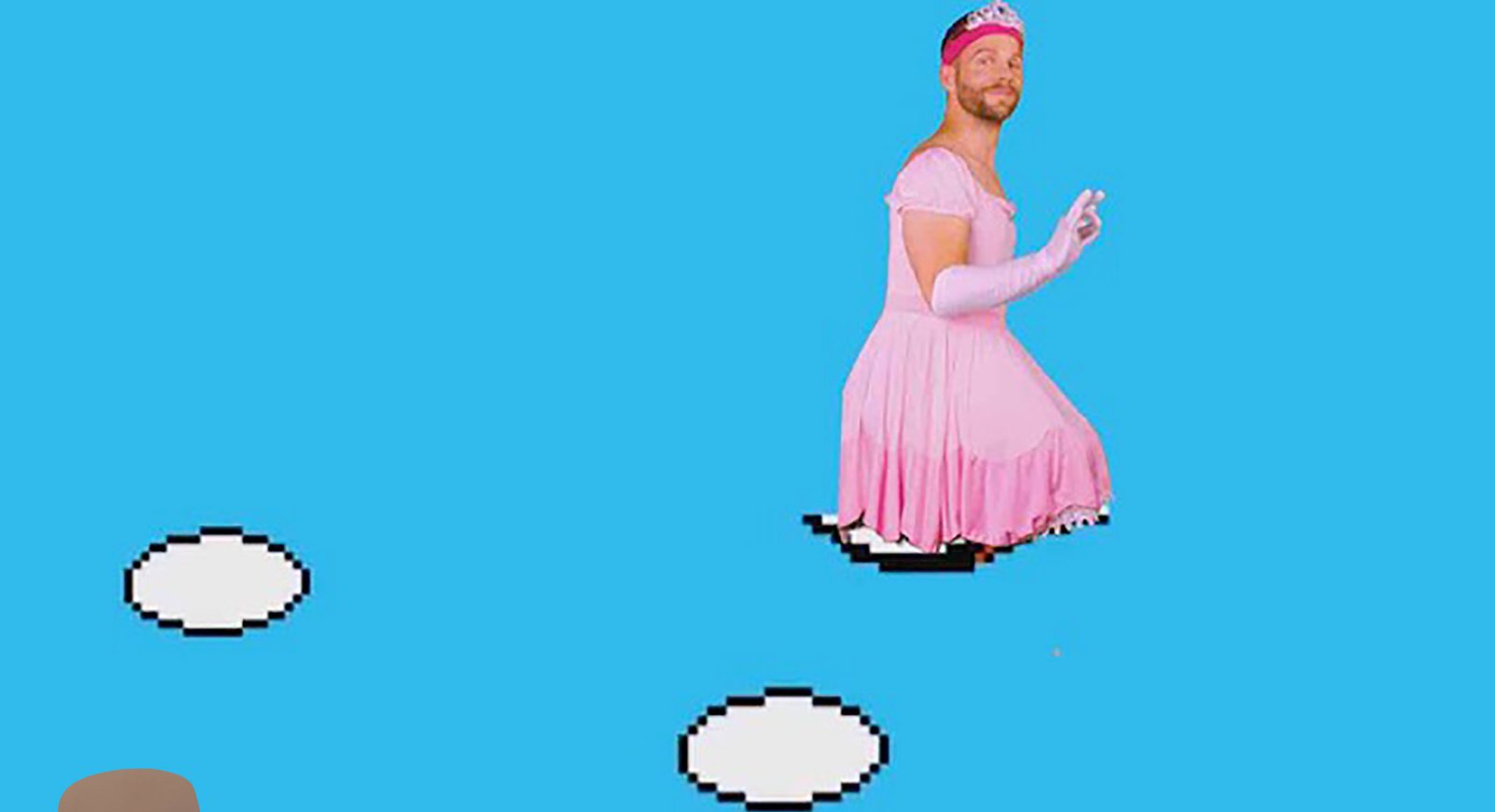 «Nerdy Bear», Tom Goss’s new summer anthem, pays homage to the subset of plus-sized gay men that enjoy super heroes, play video games and wear cute glasses with clever graphic tees.  It’s a pop track, with a big, snappy sound and an infectious melody, that also contains a smooth sultry R&B vibe along with instrumentation that will make listeners feel like they’re sliding into silk sheets. «We’ve all seen the movies where the nerdy girl is hot, but she doesn’t know it», says Tom. «She has to take off her glasses and let down her hair for the world to recognise her beauty. I say hell no to all that. The nerdy bear is already as cute as can be!»

«It would be hard to pinpoint what I love most about nerdy bears», continues Tom from his LA home.  «From my experience, they tend to be gentle and warm. They want to have a good time, they’re easy to get to know and of course, they’re cuddly.  To me, that’s a winning combination».

Tom designed the song to lift listeners up and make them smile, something he believes we need more than ever.  «Given the hot mess that is 2020, I feel like I have a responsibility to create music that brings people together and helps them to see the world in a positive light».

Tom Goss was raised in Kenosha, Wisconsin, a small city on Lake Michigan, between Chicago and Milwaukee.  Much of his youth was spent focused on his studies and on wrestling.  He didn’t feel much in the way of sexual and emotional desires growing up.  In fact, he didn’t go on his first date until he was 22, while in seminary, training to be a Catholic priest.

That was when Tom realised he did have an appetite for sex, only it wasn’t towards women or even the men that society deemed as handsome.  His attraction was toward plus-sized men, known as «bears» in the gay community, and nerdy ones to boot.

«’Nerdy Bear’» is authentic to my experience and relays my unique perspective that beauty doesn’t fit a standard mould», he says.

Michael Serrato (Big Gay Sketch Show, Neil’s Puppet Dreams) directed the music video for «Nerdy Bear».  It was shot in NYC, primarily on the Chelsea Piers and at Rockbar NYC, a well-known bear bar in Chelsea. Tom wanted to keep the video fun and simple.  He interviewed a bunch of candidates for the right man to play Nerdy Bear, and eventually chose Jason Villegas for the role of his romantic interest.  «When I saw Jason’s pictures, I knew he was the one. I can’t tell you how much joy I got from editing his face for dozens of hours. His smile is perfection!»

In the video, Tom manages to show off his basketball dribbling skills and he even pulls off a bit of drag, appearing in several scenes as Princess Peach from the Mario Brothers video game.  «I was happy to wear the dress and tiara», he laughs. «It’s the embodiment of the video game hero becoming the real-life hero. The nerdy bear saves the day!»

«Nerdy Bear» follows the release of Tom Goss’s full-length album, «Territories», that included six music videos and his first Spanish-language single.  He promoted the album last winter with a nationwide and European tour.

In April, Tom released the single, «Dancing in My Room» and three COVID-inspired music videos that featured Max Emerson and eleven artists singing in multiple languages.

Since the pandemic, he has spent his time in quarantine working on a myriad of new work, for himself as well as for other artists and their projects. «I’m excited for the opportunity to give back to the community and help other queer artists tell their unique stories» Tom says to LGBTQ Music Chart, adding optimistically that, «It’s going to be a fun 2020».