Benjamin Scheuer – «I Am Samantha»

The touching track recounts the real-life journey of Samantha Williams – a transgender woman who Scheuer first met and befriended at a coffeeshop in New York City.

«Being Alive» – The New Remixes & More is a brand new Full – Length Maxi-Single from Ernest Kohl, which is the Iconic Anthem Song from the Smash Hit Musical «Company» written by the legendary Stephen Sondheim

Craymo, is an Orlando, Florida based artist and multiple award winning singer and songwriter of alternative pop rock music.

A sensitive guy based in Los Angeles, creates beautiful music.

With bold, powerful synths and a sugary bubblegum hook, Bryce’s new single is a club-ready ode to romanticizing the past, even when it wasn’t as bright as it seemed. 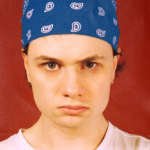