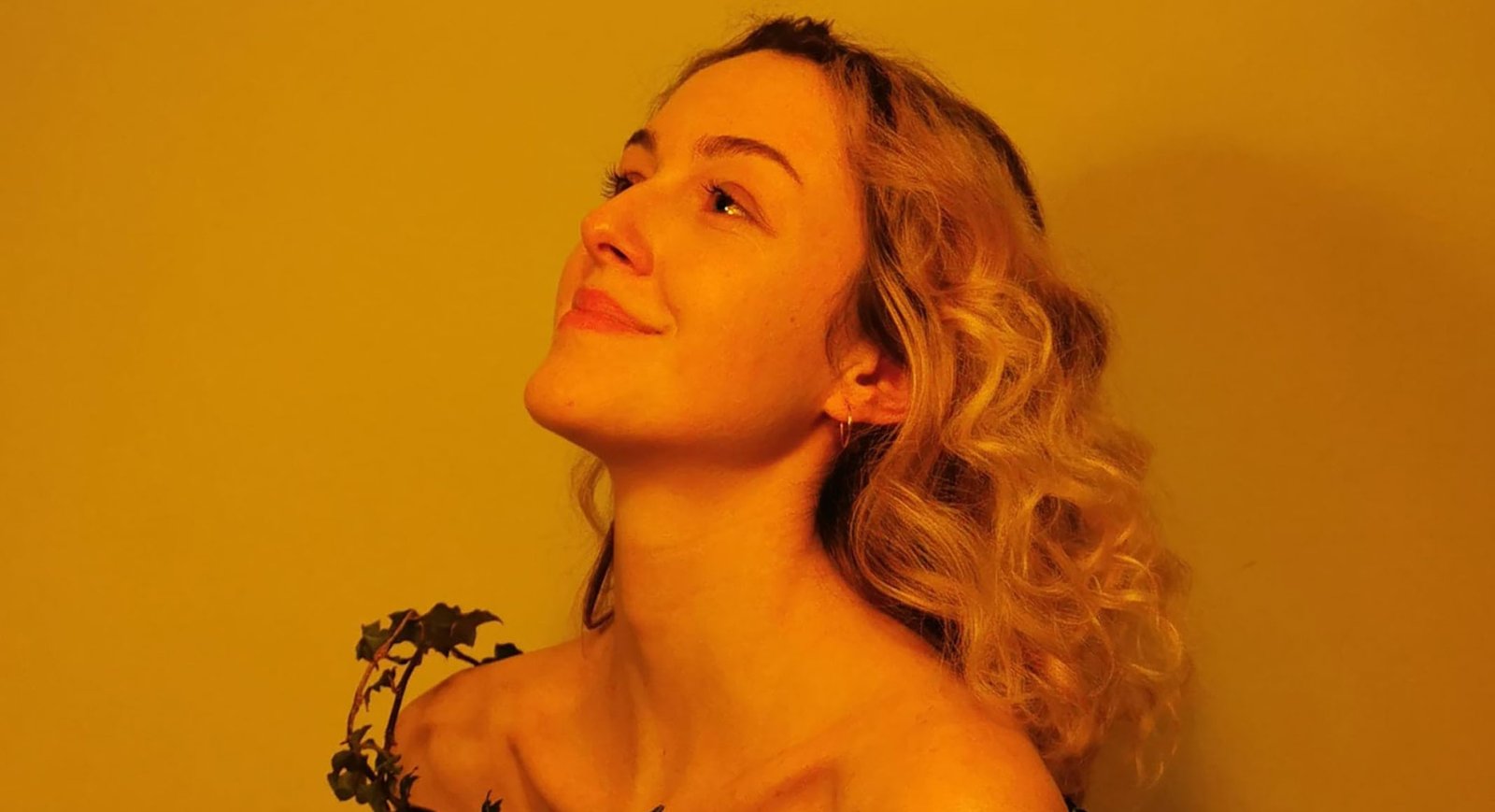 Currently based in Bristol, and of Welsh origin, her first two singles from the EP have gained numerous plays on BBC Radio Wales, with Adam Walton describing them as ‘heartfelt, intimate and beautiful’ with an ‘outstanding voice’. She is a progressive indie-folk artist, exploring topics of sapphic love, her experiences with mental health, and her transient life so far. She is frequently compared to Big Thief, Laura Marling, and Joni Mitchell, and the EP is a collection of five tracks intended to introduce her songwriting abilities.

Growing up, she lived in 22 different houses in seven different cities throughout the UK, before moving to Bristol to study music professionally. Here, she created her band, who bring a range of influences to help create her signature sound; the jazz-influenced Rhodes keyboard and gluey guitar lines mix with soaring vocal lines and compelling lyricism to form her debut release.

Lyrically, «In Amber» records her experiences of the last few years in hindsight; from longing and loss in friendships and relationships, the rejection of societal and personal expectations of herself, and finally, to acceptance, renewal, and contentment with the mundanity in everyday life. She combines natural imagery and sensory terminology to engage the listener, in the hope that they will explore her songwriting in the same way she uses songwriting to explore her mind.

The majority of the promotional material has been created whilst under lockdown, so her main presence is currently online. She is already planning for her second release, a three-track stand-alone EP, which will be available around September. She is also currently planning a nationwide tour of unusual venues for autumn/winter 2020, with dates already confirmed at Bath Abbey and Cambridge University libraries, along with a number of art galleries.

Until the release of Sally Robinson‘s debut EP «In Amber», you can listen to previously released songs below.