Berlin based queer pop singer «Get High» starts his new techno glam pop era in March 2021 with its first single.

The song is a commentary on a fast moving society influenced by social media. «We all crave for being liked by strangers on social media and forget the people we already have around ourselves, those that love us truly», says the charming queer singer to me.

The track’s heavy drums and synthesiser bass line are influenced by Berlin’s techno culture while the guitar-like keyboards play classic glam rock elements on top. «Of course, I sometimes find myself trying to get as many likes as possible on social media, but shortly after I usually realise, that actual true love coming from the heart is so much more wort» tells Neyon on what the song means to him.

The charming Berliner, Neyon, has released a new catchy tune «Get High», take a listen below and get your glam heart beat like the heavy drums in the track. 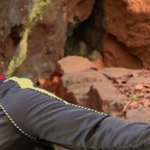