Toronto-based R&B/Soul Singer-Songwriter Michelle Mondesir is melting away the cold with the release of a fiery, flirtatious ear-gasm «Look What You Started», her 1st release of 2021.

With a rich, heart-thumping groove, sensual lyrics and smooth harmonies, it’s an enticingly playful vocal interplay. «Look What You Started» features Toronto R&B Singer-Songwriter pHoenix Pagliacci of TRP.P (formerly of The Sorority)and was recorded at Poetic Groove Productions in Brampton and mixed by Michelle Mondesir.

The songstress first made waves with her debut album «Ready4UrL», released in February 2011. The album awarded Michelle Best R&B/Soul Female Artist at the Toronto Exclusive Magazine Awards, and a nomination for Best Urban Artist at the Toronto Independent Music Awards. The album included the singles «Ready4UrLuv», and the Toronto Exclusive Magazine Awards winning track, «Don’t Stop». Her Sophomore effort «The Light», released in 2012, garnered her a spot at Canadian Music Week, performing along side the likes of fellow Canadian urban artists Ray Robinson and Kim Davis.

After a brief hiatus from the Toronto R&B music scene to work on other music projects, Michelle released «Say You Wanna Come Through» as the lead single off her «Music Mondays» initiative. It also included fan favourites, «Sugar Sweetiepie» and «Why You Makin’ Me Wait», culminating in 15 singles released. In addition, Michelle released 2 more singles «Sunday Sun» and «Give Me All Your Lovin’», to round out her 2019 releases. With the positive attention received from her «Music Mondays» releases, Michelle was invited to perform at various showcases across Toronto including The IsCream, and Golden Hour. Michelle is now turning her attention to releasing her latest EP in the summer of 2021. 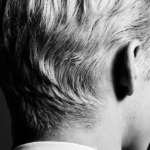