Identical twins RnB-Pop duo DBL X-Posure has released their new single «You Know Where To Find Us».

The fun loving 90’s inspired track was produced by Judd (Joe, Lolene). Originally a dancing duo, the twins have performed with the likes of Bizzi and Leee John and they have also had the pleasure of being a part of Trevor Nelson Rhythm Nation Tours.

«You Know Where To Find Us» is a playful track that tells people exactly where they can find DBL X-Posure… on the dance floor. The music behind it follows the lively theme of the track with its retro 90’s RnB beat and vinyl scratches, to the twins bouncing off each other with their melodic flows. The track breathes fun and nostalgia throughout, creating a track that is as infectious as the twins personalities. This can be outlined in the video for the track filmed by the well-known team of Sunbrella.

DBL X-Posure say «With this track we want to present something energetic, powerful and as identical twins to get you confused… on the dance floor. Free your mind and get ready to live the experience».

Natural born performers DBL X-Posure have previously danced alongside a number of UK RnB artists throughout the globe, they have also performed on some of the biggest club nights from the 90’s including Sound Republic and MTV Lick parties as well as Coca-Cola Big Bash and Independence Day movie launch party. It was around this time when the twins began performing their own songs while working with American Soul singer M artine Girault.

Influenced by the likes of Michael Jackson, Jodeti, H.E.R, Michael Kiwanaka and Travis Scott and with plenty more tracks in the pipeline, «You Know Where To Find Us» won’t be the last you hear of DBL X-Posure this year. 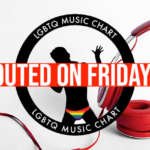 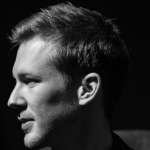