Following the release of his debut single, East London-based queer singer and songwriter Jared Alto unveils his latest instalment with the powerful ballad «Not The One».

The bold second single, from an artist rooted in self doubt, simmers in the emotions felt when going through a relationship breakup.

Blending glacial harmonies with a rising backdrop, «Not The One» is laced with an intimacy that dwells in the fragility of the track’s themes. Evoking emotion through its raw and honest storytelling, the track provides the space to allow his vocals to take centre stage with minimalistic, ballad-driven melodies complimenting underneath. Gaining an insight into his heartfelt lyricism, «Not The One» showcases Alto’s compassionate and exceptional songwriting talents.

«’Not The One’ is a song about relationships between incompatible people. I wanted it to reflect the complexity that comes with a breakup», explains Alto to me. «Breakups are usually painted from the perspective of the broken hearted, but I wanted to draw from personal experience to show there’s pain and heartbreak for both people involved. There’s nothing simple about a breakup, and if you’ve been with somebody for a long time, there’s genuine torment that comes with the realisation that you both want different things».

Discussing the writing and recording process and working alongside producer Olly Shelton, Alto says: «The earliest voice note I can find for «Not The One» is from the 29th February 2020. I was away on a work trip to Tallinn but I had a piano recording from Olly from the last time we’d been in his studio. So during the evenings I started recording voice notes into GarageBand on my phone to capture ideas for the melody and lyrics. With the pandemic soon in full swing, we didn’t manage to get together to properly record this until August 2020».

Discovering his vocal talent after drunkenly contacting a vocal coach late one night on Gumtree, Jared‘s chronic overthinking – something which has often caused him set backs – has lead him to creating some incredible music that makes you reflect, remember and most importantly, feel. With support from the likes of Earmilk, When The Horn Blows, Fame Magazine and Amazing Radio on his debut, Alto’s heartfelt and honest lyricism makes him an exciting artist to have on your radar.

Take a listen to Jared Alto’s «Not The One» below. 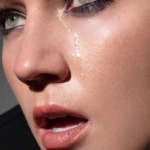 30th Anniversary of The Dinah and music