Alongside a stunning music video, DeSilva’s contagious energy on this track enthrals listeners, earnestly leading them through a brilliantly painstaking portrayal of the dimly lit corners of the human experience. «Siren Song» is – at its core – a striking snapshot of an all-too-common struggle with mental illness. The driving Rock N’ Roll groove on this track channels the artist’s stirring experience into a powerhouse performance that invites listeners to get in on an epic, cathartic moment of release. «Siren Song» meets listeners with an emotionally melancholic sentiment familiar to many, invigorated by the energy of an impassioned live band. DeSilva showcases the full scope of their vocal ability on this track as they weave between hearty belts to intimate whispers of polished melody. Listeners can expect to hear notes from icons like Brandi Carlile and Counting Crows on «Siren Song».

Completely at home in the band’s all-encompassing live instrumentation, DeSilva’s performance on «Siren Song» reflects influence from artists like Jackson Browne, who are known for their sound being built from the live recording style of 70’s folk-rock.

Many of DeSilva’s favourite artists throughout life were known to record in that style, and for them, deciding to record this track and the rest of the upcoming project that way signified a return to their musical roots.

Producer and engineer Matt Malikowski (Rose Cousins, Paula Cole) dove head first into this idea, encouraging the band and leaving a wide-open space for DeSilva to get lost in the music and create something impressively raw and emotional.

With co-writer Alex Calabrese (Old Tom & The Lookouts), the two best-friends and collaborators found themselves connecting to Odysseus and his encounter with the Sirens, and ended up building the song around that central metaphor. For DeSilva, «despite the grandiose, epic imagery from the Odyssey, I actually think the song talks about something that for me, at least, is sort of an everyday thing».

Jessye DeSilva’s (they/them) version of the Jersey Devil has nothing to do with folklore.

Unfold the map that is their forthcoming album Landscapes and you’ll learn the devil is in the details of their sincere piano serenades, modelled after the sweeping ‘70s folk rock DeSilva was weaned on. But before that, the so-called devil was in a vilified queer child, hiding in a room and pouring out their tears over a broken piano.

The new album from the Boston musician recalls the trauma of growing up queer in a Baptist household on «Devil in New Jersey» with a vulnerable approach; it mimics the tunes their family bonded over while cleaning the house on weekends, effectively mixing the good and bad kind of formative childhood memories.

That’s just what DeSilva does on Landscapes: they reconcile, and with remarkable grace. The new LP forges a path through the triumphant and trembling moments from DeSilva’s upbringing, using a live band to channel the fresh sound of classic records from Joni Mitchell, Carole King, Crosby Stills Nash & Young, and Jackson Browne.

«I’ve done a lot of healing this year in terms of my childhood and the interwoven dynamics of my family and how that has affected who I am and how I move through the world today», DeSilva reflects. «I think that in many ways — maybe not totally consciously – those early musical influences from my parents showed up in the writing, arranging, and recording of this album».

DeSilva traces their musical tenderness back to childhood piano lessons and years spent singing in their father’s Baptist church. In college, their vocal training as a countertenor honed their hearty vocals not just for their solo career, but for their career as an Assistant Professor of Voice at the Boston Conservatory at Berklee College of Music.

After being named one of American Songwriter’s «10 LGBTQ+ Artists You Should Know» in 2021, DeSilva eagerly showcases the diversity of their life’s Landscapes on April 12, 2022, preceded by singles «Siren Song» and «Hibernate». The Matt Malikowski-produced record reaches outwards from their inner world, inviting listeners to journey with them through 10 tracks’ worth of breathtaking peaks and challenging valleys.

«I think that during a time in which so many of us have been stuck inside, often alone in small spaces, we’ve begun to trek through our inner landscapes», they add. «Then the past year in particular for me was about going back ‘out into the world,’ and relearning how I’m able to ground myself in that larger space, and how space and season and landscape impacts my relationships with others». 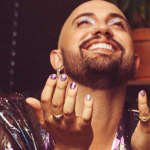 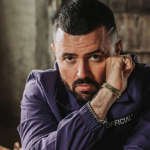 Robert O’connor Releases «Save You» Remix Come on over Jake Lancer so I can «Feel Your Love»