After an eight-year hiatus, renowned DJ duo Candyland have made their anticipated return to the music scene, reuniting for their new single «Nirvana».

Originally intended to be a remix, the multi-genre single highlights Candyland’s refined production stylings as they effortlessly blend dark trap-inspired 808s with vibrant synths and warm chords. Ethan Davis’s powerful range and personal lyricism add a layer of authenticity to the single, offering a taste of Candyland’s evolved sound. With a fresh perspective driving their next chapter, Candyland make the comeback we’ve all been waiting for with «Nirvana» proving they’re here to stay.

Candyland share, «Candyland is back with their first song together in 8 years! This song is really about wanting to feel powerful in the context of a relationship. It plays on vulnerability and the desire for reciprocation after sharing your feelings for someone».

Emerging as Santa Barbara’s resident DJ duo in 2011, Candyland quickly made a name for themselves beyond the college scene. After winning back-to-back Beatport contests for their remixes of Skrillex’s «Make It Bun Dem» and Bingo Players’ «Rattle», they channeled their success into their debut album ‘Bring the Rain’ which peaked at #3 on the Beatport Top 100 chart. Following their split in 2014, Candyland became a solo project with Josie at the forefront, releasing singles like the chart-topping «Speechless (feat. RCKB)». Now months after their reunion, the duo will pick up right where they left off, living up to their storied careers with new music to come. 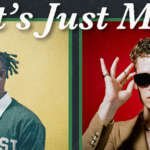 Saro releases «Daddy I Love Him»