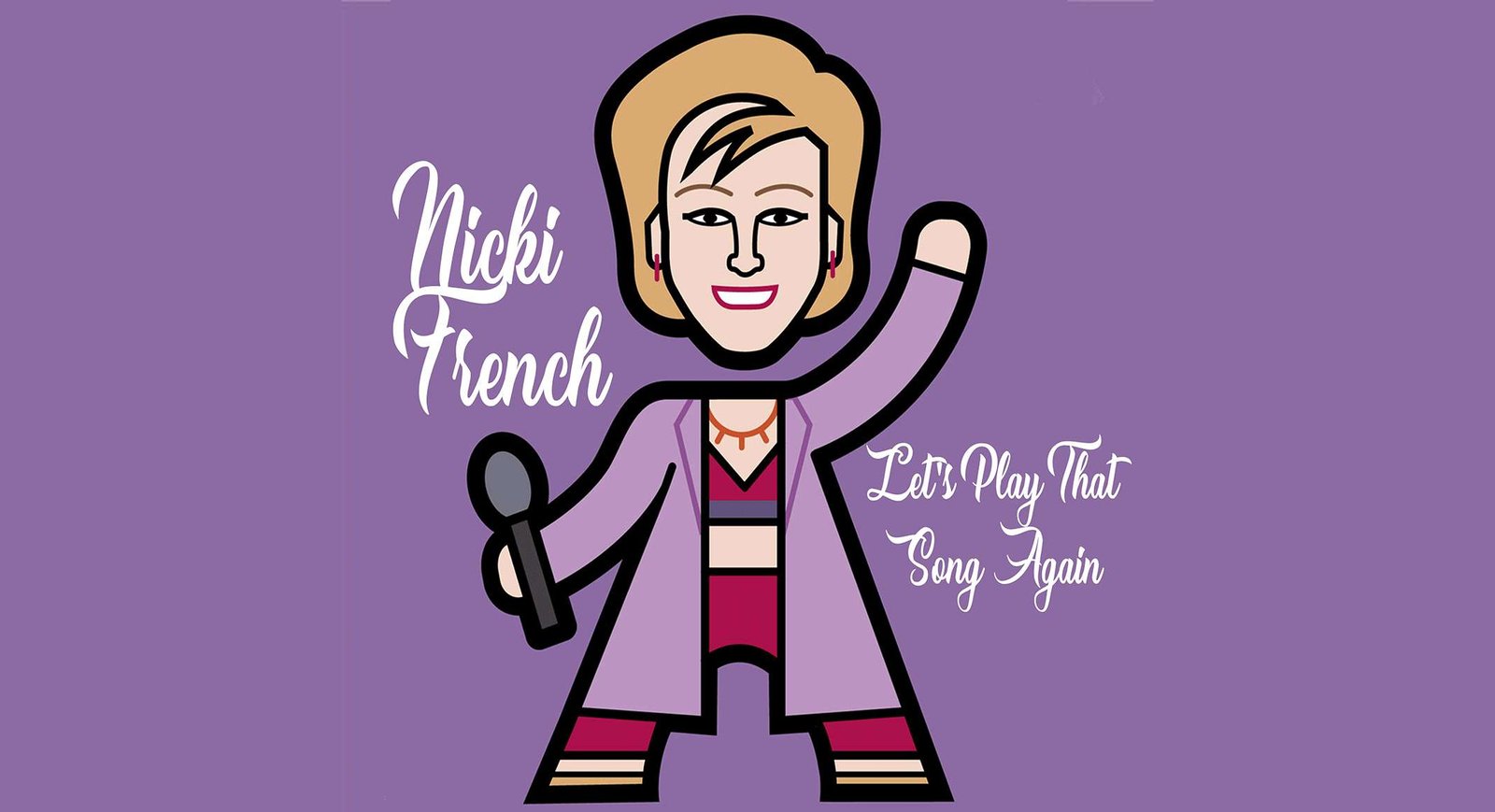 Hot on the heels of her fantastic album Glitter to the Neon Lights, Nicki French unleashes another guilty pleasure with a new pop gem - an EP full of songs from the Eurovision Song Contest – Let’s Play That Song Again!

Nicki’s career rocketed in 1995 when her dance version of «Total Eclipse of the Heart» stormed the global charts, resulting in a top 2 smash both sides of the Atlantic and selling in excess of five million copies – a mean feat not repeated by many to this day. After two hit albums around the globe and numerous single releases, she then represented the United Kingdom at the Eurovision Song Contest in 2000 with «Don’t Play That Song Again», which propelled her back into the media spotlight, and is one of the self-confessed highlights of her singing career.

A plethora of singles and albums graced dancefloors the world over in the years that followed, including the release of her first Eurovision EP in 2015 and her recent singles «This Love, Teardrops (On The Disco Floor)» and «On Your Marks, Get Set, Go Away».

Over the years since 2000, Nicki has continued to be a huge advocate of the Contest and continues to be involved wherever she can to celebrate the diversity that Europe’s finest has to offer.

Nicki’s love affair with the Contest started in 1974 with Gigliola Cinquetti’s «Go (Before You Break My Heart)» so it was an obvious choice to include on this release. Keeping to the theme of ‘Landmarks’ of Nicki’s Eurovision life, she has included her own interpretation of Australia’s first ever contribution in 2015 with «Tonight Again», originally performed by Guy Sebastian.

Next up, Nicki chose to put her own stamp on «My Star» – Latvia’s first entry by Brainstorm – and especially close to Nicki’s heart as it was from the year 2000, when Nicki flew the flag for the United Kingdom.

Finally, Nicki has included her own version of Russia’s 2016 offering by Sergey Lazarev – «You Are The Only One», for no other reason that she simply loves the song – that’s good enough for us!

But you don’t only get one version of the songs – oh no! There are two versions of each track, produced by regular favourites Matt Pop and Pete Ware, each adding their individual sounds into the mix.

There’s even a new and exclusive remix of «Don’t Play That Song Again» by Sakgra which can only be found on the CD release.

«Let’s Play That Song Again» is a must-have for any Eurovision fan and a sure-fire hit for those parties on the night of the Contest itself.

«Let’s Play That Song Again» is released on Sunday 28th April 2019 on CD from the Energise Records store and then across the digital download and streaming platforms (iTunes, Spotify etc) on Monday 6th May 2019.